A Stark Contrast: The Salinas Valley and Pinnacles National Monument 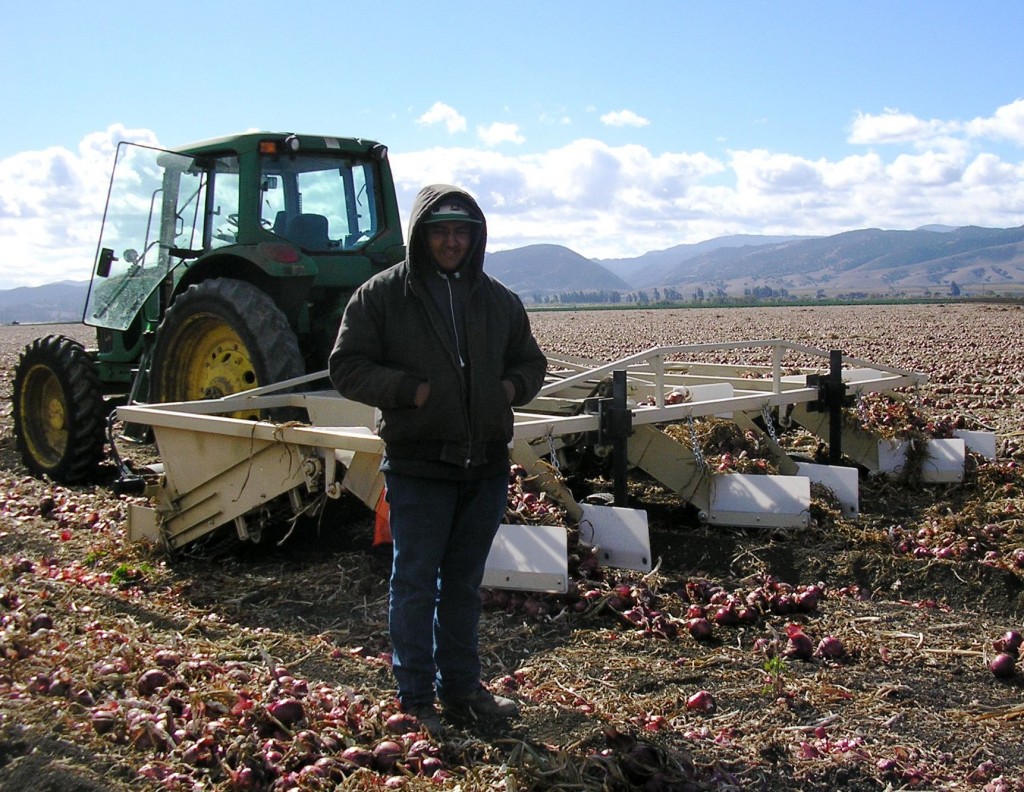 Armando next to a onion digging tractor implement. This machine digs the onions up and deposits them on top of the soil. They are allowed to dry and then another machine comes along to pick them up and conveyor them into a truck. They are then trucked to a facility that packs them.

Still making my way back from Arizona, I decided to make a side trip to Pinnacles National Monument. On my way there I stopped to photograph some of the lush fields of vegetables in the Salinas Valley. In a massive field of onions I met Armando, who told me about how he farms.

Unlike the onions, this cauliflower is cleaned and boxed right in the field. The efficiency of this mobile packing operation is impressive.

The Salinas valley is intensively farmed, and produces a massive amount of food, but this level of industrial production requires an obscene amount of fossil fuel inputs in the form of pesticides and fertilizer. This method of farming also depletes the soil, and causes erosion, so that more and more inputs are required for the same yield. I believe it is time for us, as a society, to re-evaluate agricultural inputs. We have so much to learn from nature. At Seed School, renown permaculture pioneer and former Harvard geneticist Toby Hemenway gave a lecture on this topic. Read his lectures here.

When I arrived at the Pinnacles I was struck by a lush chaparral plant community, thriving in steep rocky soil, nearly devoid of nutrients. The landscape is dominated by chamise, buckwheat, ceanothus and digger pine. Chamise, a heather-like plant, actually relies on fire to propagate itself. These same chaparral plants also thrive in Sonoma County; from the slopes of St Helena to Gunsight Rock. 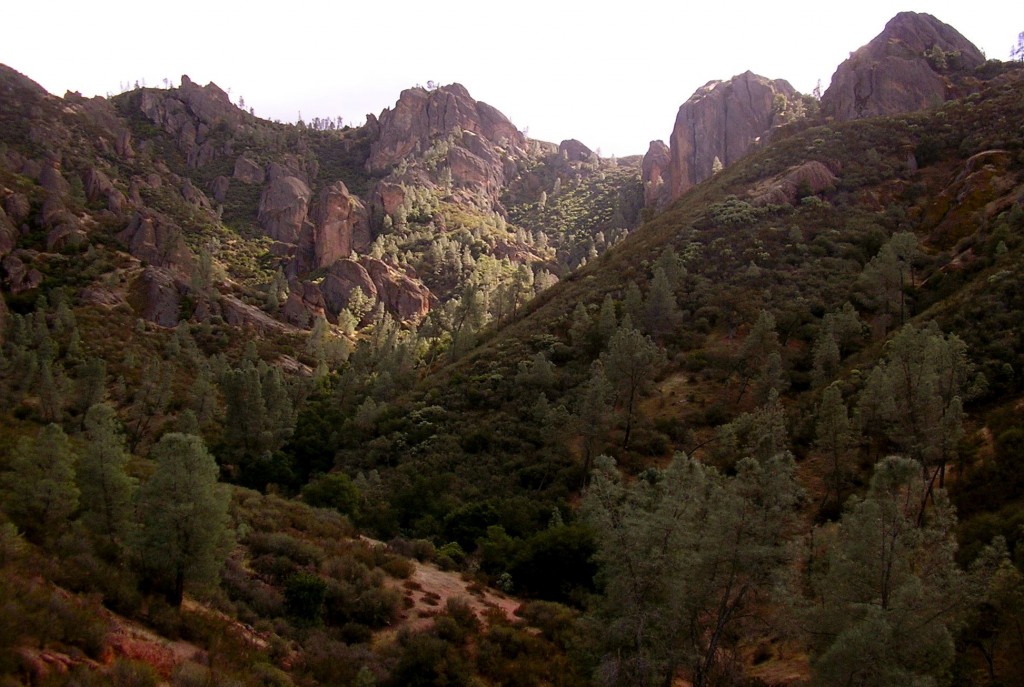 A ray of sunlight illuminates the Pinnacles, flanked by digger pine and chamise. 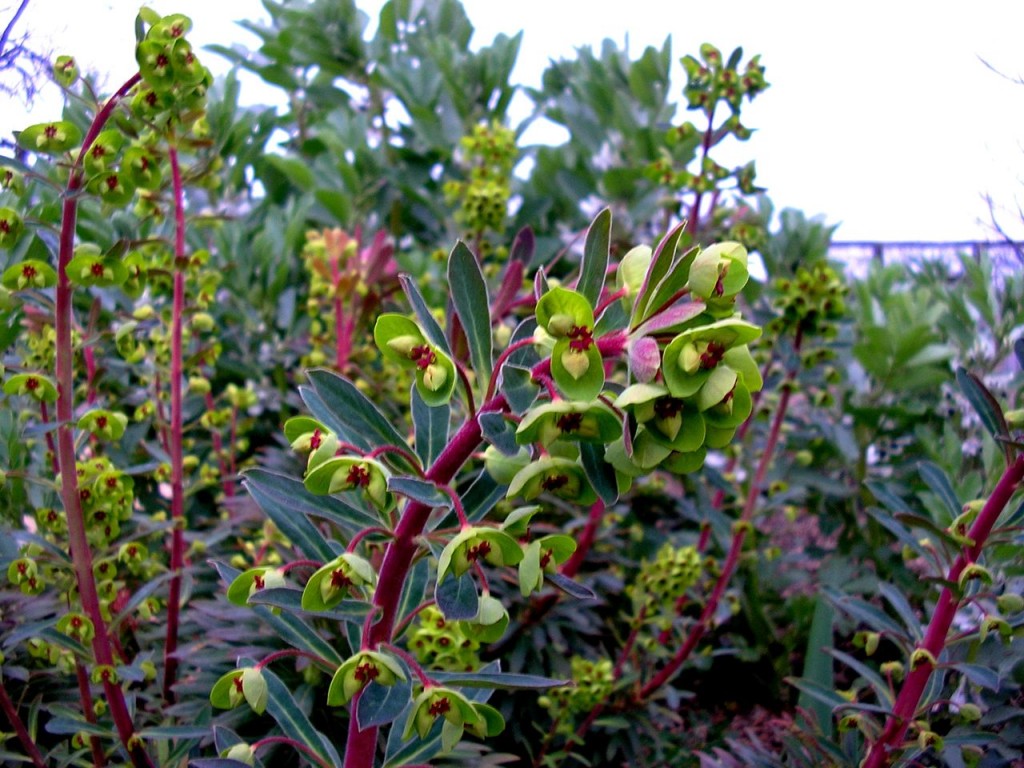 This is a photo of Euphorbia Martinii. It's striking blossoms are long lasting, and make excellent cut flowers. The plant is drought tolerant and poisonous to gophers. Euphorbias are native to Europe and the Mediterranean. 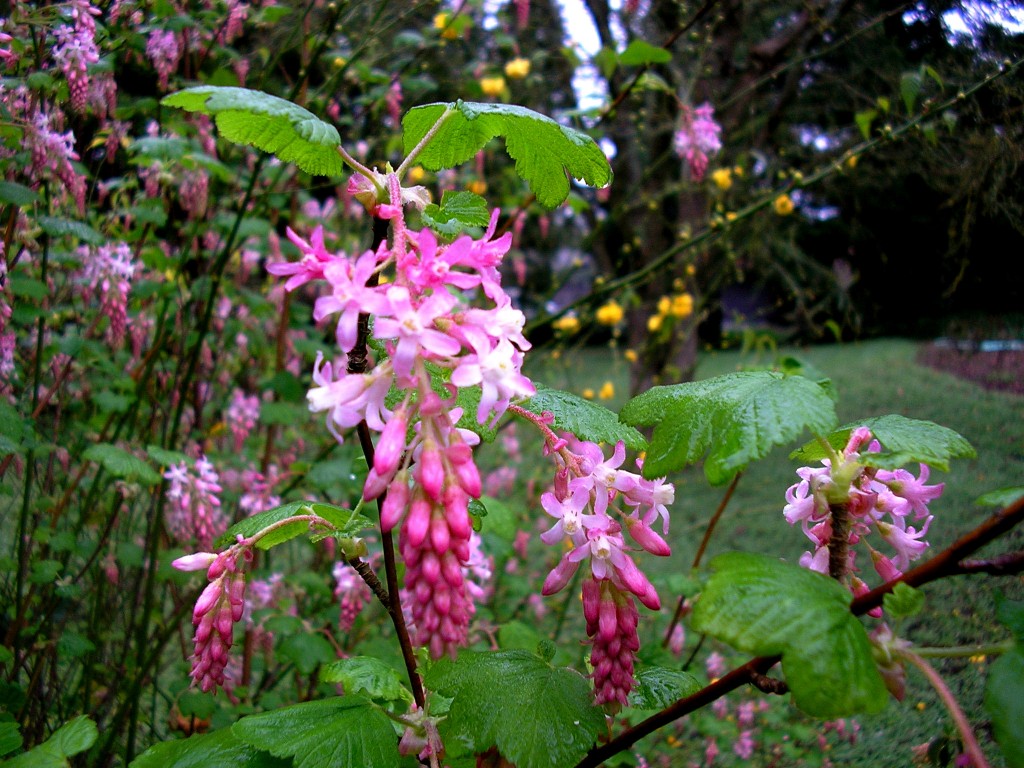 Although spring has not technically arrived yet, many native plants are blooming. Above is a pink-flowering currant (ribes sanguineum). This shrub is native to the coast ranges of California, but it thrives in a garden setting as well. 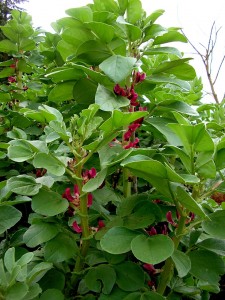 Here is a red flowering variety of Fava Bean. I was given some of these seeds by Maile Arnold, who originally paid a dollar per seed, but has been saving them for years. 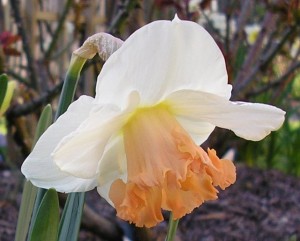 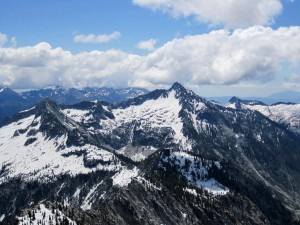 I just returned from a 5 day backpack to Grizzly Lake in the Trinity Alps. Friends Andrew and Melissa and I also climbed the tallest peak in the Alps, Thompson Peak.

Grizzly Lake is a 200ft deep lake that was carved out by a glacier. The Forest Service stopped stocking around 20 years ago, but there remains a population of brook trout. I was able to catch and release 7 of these trout on dry flies with the help of a Shasta native I met there, who showed me a few tricks. 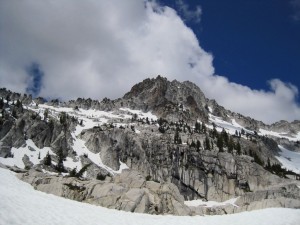 After reaching Grizzly lake via a treacherous 500ft scramble up a granite face beside a 300ft waterfall, we embarked on our climb of Thompson Peak (9000ft). This 5 mile journey shoots up a steep rocky creek to a ridge, which we followed to the summit block. After

about 100ft of sketchy climbing moves up loose granite, we reached the peak. Atop Thompson we were astonished to find clouds of butterflies floating around us. This spot, away from predators, served as the perfect mating ground.

The best part of our hike was the phenomenal wildflower show. The lush ravines and meadows were blanketed with leopard lilies, penstemon, shooting stars, indian paint brush, mock orange, and many others. The vibrant contrasts and the diversity of flora inspired me as a gardener. As humans, we can only emulate the majesty of nature. 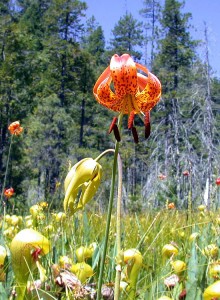 Jorstad. Throughout that night, sleeping out on my tarp, I was haunted by numerous animals hovering around my bedroll. One of which was a black bear, with its heavy breathing and crashing gait. My companions and I continue to wonder if Jorstad’s ghost might have played a role in this night of torment. While I’m not superstitious, I don’t think I’ll be camping next to any old abandoned cabins anytime soon.

Side Note on Facebook:
I’ve just joined Facebook with trepidation. I am very happy to connect with old friends, but I’m ambivalent about the social effects these sorts of institutions have on our culture.
What’s interesting about Facebook is that it can give you the feeling of having friends without having to exert the effort that such a social network would require in the real world. I wonder how much of people’s motivations to use Facebook are about feeling liked, and feeling like they have an audience, both of which are much easier to obtain virtually then in real life. I’m sure there have been studies devoted to this. I think that Facebook is sort of like the internal combustion engine, it has the potential to be both extremely useful, and extremely harmful. It is easy to be cynical about it, as a friend put it “this pathetic community of online social climbers”, but I feel that the topic warrants further debate. Check out this link for the con side of the argument:

Wilflowers: From the Desert to the Coast 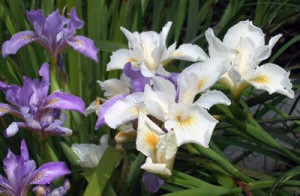 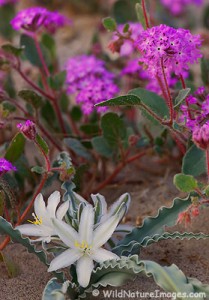 I’ve just returned from 2 weeks of camping, climbing and exploring in the Southern California Deserts. My climbing partner and I were blessed with a phenomenal wildflower show. From the desert lily and sand verbena (pictured on left) to the magenta fivespot, many rare flowers graced our hikes and climbs. Flowers thriving in the brutal environment of the Mohave desert, give a drought conscious gardener hope. Scrambling up Hellhole canyon in Anza Borego State Park, we saw hundreds of chuparosa shrubs and thousands of poppies and monkey flowers, as we ascended 1000ft into a treacherous canyon to a hidden oasis.

I spent this last weekend mushroom and wildflower hunting in Salt Point State Park. In stark contrast to the desert, the coastal landscape is lush and full of pacific coast iris (pictured top right), orchids and trillium. Despite getting wet during the storm Saturday night, it was a terrific trip.